We are all guilty of feeling like we must be doing something all the time; after all activity is productivity isn't it?

Well perhaps greater understanding and improvements can also come from time taken to stop, stand and observe.  How often do you take 10 or 15 minutes out of your day to stop and watch your stock?  How well do you know your herd?  Do you understand why they exhibit some of their behaviour - is their environment leading to this type of behaviour?

It is no secret that a happy cow is a healthy cow and in turn is a productive cow.  Cow comfort and welfare are at the heart of what we do, so time taken to observe herd behaviour, cow flow, herd interaction and feeding can be beneficial to the productivity of the business overall.

A recent study found that there is a complex social order within a herd that we may previously not have been aware of.  The study looked at the pattern of allogrooming (licking) in a herd.  Gustavo Monti from Austral University in Chile, suggested that despite hundreds of years of domestication the cow is still very much wired to act as a prey animal.  As a prey animal they will look to protect the group.  Cohesive bonds within the herd are particularly important for doing this.  Licking helps to form and maintain these strong cohesive bonds between cows.  Surprisingly, the study also revealed that cows have friends and cohesive bonds appeared to be stronger between cattle of a similar age suggesting they grew up together. 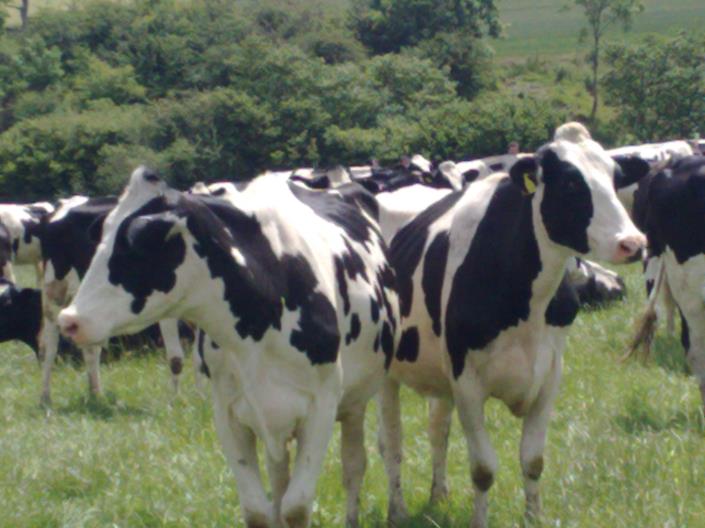 The researchers also found that cows have specific roles within the herd.  Some cows can be classed as 'peacemakers' and can be seen to mediate and prevent conflict.  In many animal groups the senior animal is the one that tends to receive the most attention from the rest of the group.  However, in cows the researchers observed that this was the other way around.  In many cases the lead cow would lick subordinates far more than she was licked herself.  Their conclusion was that her role was to maintain herd stability and cohesiveness.

Whilst cows are still prey animals and their instincts for 'survival' remain, it is now a different kind of survival they have to cope with.  We, as humans, are their main predator and instead of looking to survive physical attacks, they have now adapted to cope with the modern day systems we run.

So why is it important to understand this and how can it benefit the farm business?  By understanding that the prey instinct is still inherent in cows, we can look at cow flow and how to design buildings and handling systems to encourage calm and quiet cow flow rather than panicking cattle which could result in stress and injury.  Temple Grandin's work has been built on an understanding of cow behaviour and her simple suggestions and explanations have revolutionised cattle handling.   It can also help explain positioning of a person when wanting to move cattle.  Depending on where you stand beside or behind a cow will determine where and how she moves.  This can be a simple but useful explanation for new staff or those who are less familiar with livestock.

In many systems, groups of cows are split for periods of time then re-grouped, which could upset the hierarchy and result in extra stress on the individual.  It is worth looking at how groups can be maintained where possible to limit stress and improve cow welfare.

Time observing how your cows behave both at grass and in your buildings will highlight any areas that are acting as barriers to improvement.  For example, is there a particular area cows don't like to walk on or certain cubicles they won't use?  This could be because the walk way is slippery in that area or the cubicles are fractionally smaller or there is an issue with the bedding in those cubicles.  These are small observations that could make a difference to overall cow welfare and often require little investment. 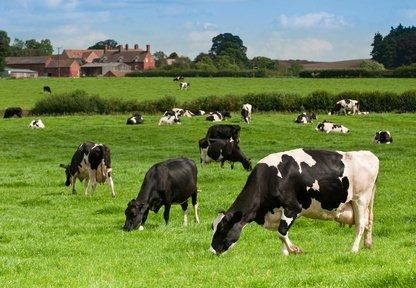 Time is one of the greatest assets we have and activity does not always result in productivity so don't be afraid to stop and watch your herd every so often!

« Well Deserved Pass!
Coronavirus - Is it all bad news? »